This is an odd day to be a Michigan fan. On one hand, the team is 2-0 and the defense has looked impressive two weeks in a row. However, Saturday’s 36-14 victory over Cincinnati hardly seems like something to celebrate. This game was supposed to be a laugher against an overmatched foe.  So despite the win, there seem to be more questions than answers, and the five big takeaways reflect a lot of that uncertainty.

Fans expected the Wolverines to jump out to a fast start on Saturday, and the opening drive seemed to support that. Michigan marched down the field with an 80-yard drive, capped by a 43-yard TD pass from Wilton Speight to Kekoa Crawford. It looked like the blowout most people expected was about to happen. But it wasn’t. The offense couldn’t get that magic back and only had a 17-7 lead at the half. Add that to the slim 17-13 lead they had at halftime the week before against Florida, and it seems like this team is having trouble firing on all cylinders consistently right out of the gate.

The three first half touchdowns Michigan has allowed in two games so far this season have come off turnovers. The only reason Florida was even close in the season opener was because they returned a pair of Speight interceptions for scores on back-to-back drives in the second quarter. This week, Cincinnati’s only trip to the end zone before the break was on a short Mike Boone run, but that Bearcats drive started after a botched Michigan punt return that Cincy recovered. These are the things that drive Jim Harbaugh nuts, and the types of mistake that can cost you games against better competition. (Speaking of Boone, I am guessing he would like to have THIS comment back!)

His fumble inside the Cincinnati five early in the second quarter essentially took points off the board. He recovered it, but then threw two bad passes, and the Wolverines settled for a short Quinn Nordin field goal instead of a TD. Later in the quarter, the ball slipped out of his hand again when he tried to hand it to receiver Crawford on an attempted jet sweep. The Bearcats jumped on the ball, ending another Michigan drive. Speight’s final line was 17-of-29 for 221 yards and a pair of TD passes, but this was a week he was supposed to shine and make fans feel more comfortable with him under center. Instead, it did the opposite.

DEFENSE DOES IT AGAIN

In two games so far this year Michigan’s defense has given up just 17 points. They have scored 21. Perhaps Harbaugh should run Red Beaulieu’s offense from the Bourbon Bowl…take a knee three times and punt. 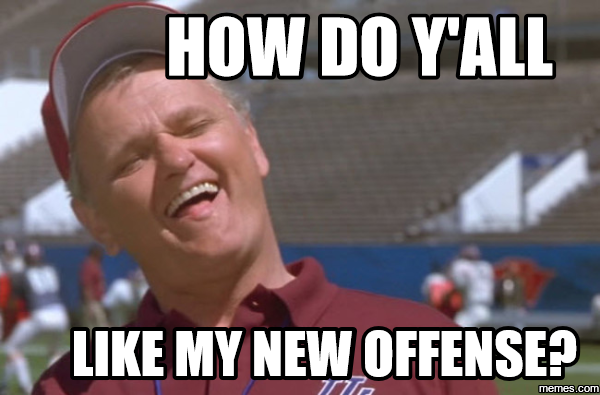 TY ISAAC MAY BE THE GUY

After Michigan utilized a three-headed monster at running back in the opener, it was Ty Isaac that was the bell cow against the Bearcats. Isaac had 20 carries for 133 yards. Chris Evans and Karan Higdon combined for 9 carries and 28 yards. It will be interesting to see if this was a one-game emphasis of Isaac, or if he has indeed won the RB job.