Concussions, A DSN Exclusive Series – Part 1: What Is A Concussion? 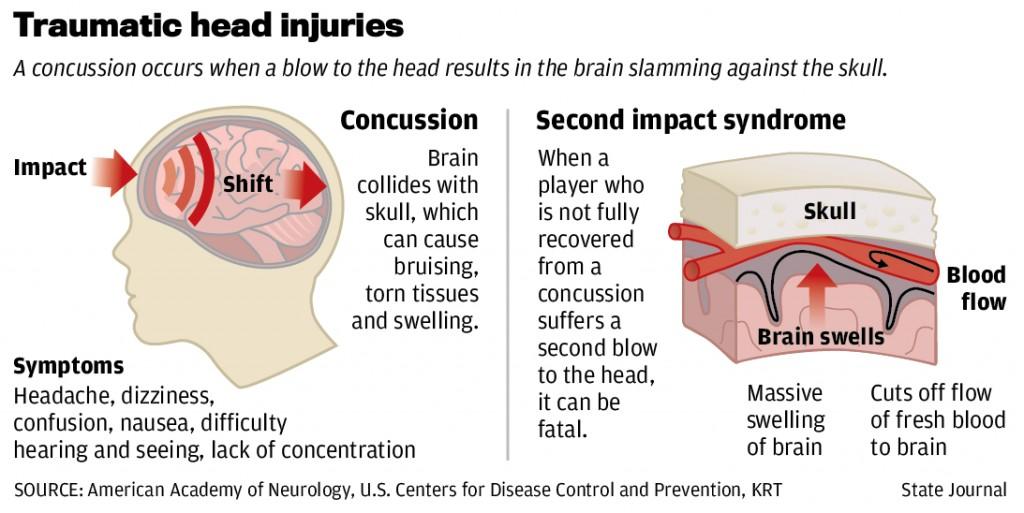 Concussions are a major issue facing sports today and the National Football League has faced much of the criticism regarding player safety. The league has addressed the issue head on by launching a new player safety initiative. Many players have come forward expressing concern about concussions and long-term health effects including Detroit Lions players Golden Tate and DeAndre Levy. Other players, like T.J. Lang of the Green Bay Packers, have accepted concussions as a “price you have to pay” to participate in football. Former Detroit defensive back Rashean Mathis has retired from professional football, but, is so concerned about concussions he has decided to donate his brain to science for research after his death. Detroit Sports Nation has joined the chorus of media outlets editorializing on the relationship between revenue and player safety as well as calling for rule changes to make the game safer for participants.

It’s important to make decisions and formulate opinions based upon quality information. To that end, we sought professional help. We asked two medical professionals to help shed some light on exactly what the game of football is facing regarding concussions and player safety. We will be presenting a series of three articles breaking down some important information not only defining concussions, but, learning about treatment, prevention, and the future of sports.

Click the next slide to learn more about our experts Dr. Jon Lieff and Dr. Elizabeth Sandel.

On this day in 2008, the Detroit Red Wings defeated the Pittsburgh Penguins in Game 6 to clinch another Stanley Cup, their 11th in...
Read more

On Wednesday, New Orleans Saints quarterback Drew Brees made some comments which he now regrets making. Brees said in his initial comments to Yahoo! Finance: “I...
Read more
College Sports

It looks like training for the next Michigan Wolverines football season is about to officially get underway. According to a report from the Detroit...
Read more
Detroit Lions News

New Orleans Saints QB Drew Brees has done an awful lot to help those less fortunate than him but on Wednesday, he made a...
Read more

New Orleans Saints QB Drew Brees has done an awful lot to help those less fortunate than him but on Wednesday, he made a...
Read more
Detroit Lions News

Detroit Lions release statement: “What is Happening Is Not Acceptable”

As protests continue to spread across the country following last week's death of George Floyd in Minnesota, many professional sports teams have taken to...
Read more
Detroit Lions News

Usually, at this point of the year, Detroit Lions head coach Matt Patricia is 100% focused on how he can make his football team...
Read more
- Advertisement -