This coming Sunday, the Detroit Lions will look to get back on track when they host the Seattle Seahawks at Ford Field. As we speak, the Lions are currently a 4.5-point favorite over the Seahawks after it was announced that RB D'Andre Swift could miss the game and S Tracy Walker is out for the season after injuring his Achilles.

The Lions have released their unofficial depth chart for Sunday's matchup against the Seahawks and as you can see below, Logan Stenberg is listed as the starting right guard, despite Evan Brown getting the nod this past weekend against the Vikings. In addition, Jonah Jackson is slotted in as the starting left guard, though he has not practiced or played in two weeks as he recovers from his injured finger.

You will also notice that Swift is listed as the Lions' No. 1 RB but it is sounding more and more like he will not play on Sunday against the Seahawks. 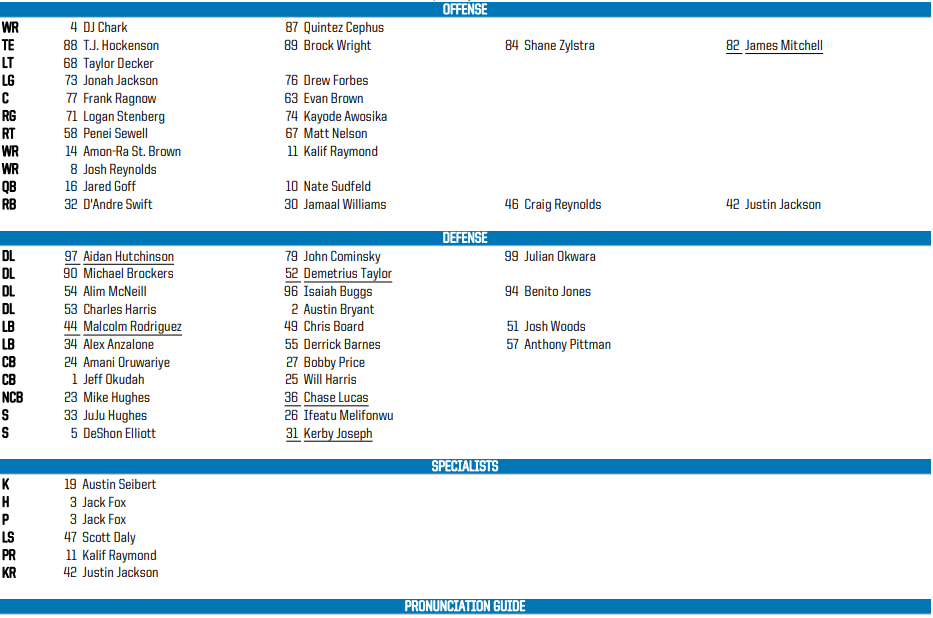 On Sunday, Detroit Lions safety Tracy Walker was forced to leave the game against the Minnesota Vikings with a non-contact injury.

Following the game, Lions head coach Dan Campbell said it did not look good for Walker and that he may have suffered an Achilles injury.

Earlier in the week, Walker took to Twitter to announce that he did, in fact, suffer an Achilles injury and he will be out for the remainder of the 2022 season.

“I appreciate all the support from my fans and friends. It is true that I tore my Achilles and I’m done for the season but I’ll bounce back and be better then ever for the following years to come. TTIME will be back!!”

We certainly wish Tracy Walker the best of luck as he recovers and comes back even stronger than he was.