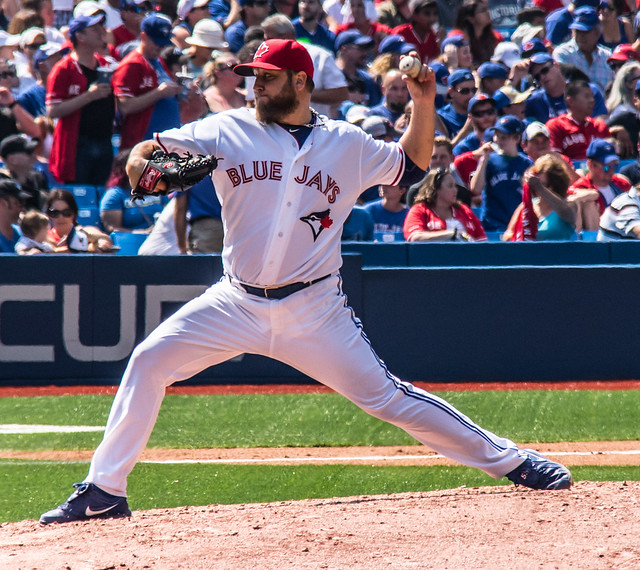 A big and noticeable problem for the Tigers rotation was a lack of veteran presence to count on every fifth start, a guy that can stabilize the rotation and you know what you’re going to get every time he takes the bump.

The two best pitchers for the Tigers all season long have been guys that have not even played an entire season for Detroit. David Price was vintage David Price until he was traded away, and Justin Verlander basically re-claimed his “ace” role when Price went north of the border. The Alfredo Simon experiment was a failure, Anibal Sanchez’s struggles have been documented, and a plethora of young and unproven pitchers filled out the rotation throughout the season.

Assuming the Tigers move forward with my first proposed idea for fixing the rotation, signing a well established veteran to serve as the “glue” is much needed. First person that comes to mind is a former nemesis, Mark Buehrle. Buehrle, who pitched for the Chicago White Sox from 2000-’11, has been as steady as they come, posting a career 3.81 ERA in 16 seasons. He’s also been very durable throughout his career, making at least 30 starts every year since 2001, and he’ll do that again in 2015. Buehrle can also hold down his own position on the mound, he’s earned himself four Gold Gloves in his career.

Buehrle, 37, until he shows otherwise, can still provide a team with quality starts and opportunities for his team to win. Signing him to a 2- or 3-year deal for roughly $5-10 million would suffice. If not Buehrle, there are other veteran options with good track record. Seattle Mariners starter Hisashi Iwakuma, 35, and St. Louis Cardinals wily vet John Lackey are also free agents. The former, Iwakuma, has a 3.18 ERA in his last four seasons, while the latter, Lackey, is a fierce and emotional competitor on the mound with a solid postseason pedigree as well.

ESPN NBA Insider Adrian Wojnarowski is known for dropping "Woj Bombs", but he may have gone a bit too far this time. He's issued...
Read more

Aerial footage of the Palace of Auburn Hills implosion [Video]

On Saturday morning at 8 AM EST, the Palace of Auburn Hills, which was the home to so many great memories, was imploded. Here is...
Read more
Detroit Pistons News

Flashback: Pistons take down Hornets in first game at The Palace (VIDEO)

It was an official end of an era this morning with the implosion of The Palace of Auburn Hills, which provided countless sports and...
Read more
Detroit Pistons News

The final video tribute to The Palace of Auburn Hills (VIDEO)

It was officially the end of an era this morning, as The Palace of Auburn Hills was imploded. The famed venue served as the...
Read more

The Detroit Lions football team was established in 1930 (then called the Portsmouth Spartans). In the time since then, it is no secret that...
Read more
Detroit Tigers News

Over the years the Detroit Tigers have fielded many outstanding players. What's even more impressive is what some Tigers rookies accomplished during their first season....
Read more
Detroit Lions News

Detroit sports fans have had the privilege of watching some of the best in the game at their given sport. Thinking back to all...
Read more
Detroit Red Wings News

There is no question about it that the Detroit Red Wings have had one of the most storied histories in NHL history. Not only...
Read more