Detroit Lions could be on brink of landing WR Julian Edelman

According to Bill Simmons on the Colin Cowherd show, New England Patriots WR Julian Edelman could be headed to...
Read more

If quarterbacks Tua Tagovailoa and Joe Burrow are both off the board, and EDGE Chase Young is available when...
Read more

Former Detroit Red Wings enforcer Bob Probert was as tough as they came. And he continued his reputation as...
Read more

The Detroit Pistons open their 2019-2020 NBA season Wednesday against the Indiana Pacers, but the Pistons could be without, one of, if not their best player on the team, Blake Griffin. 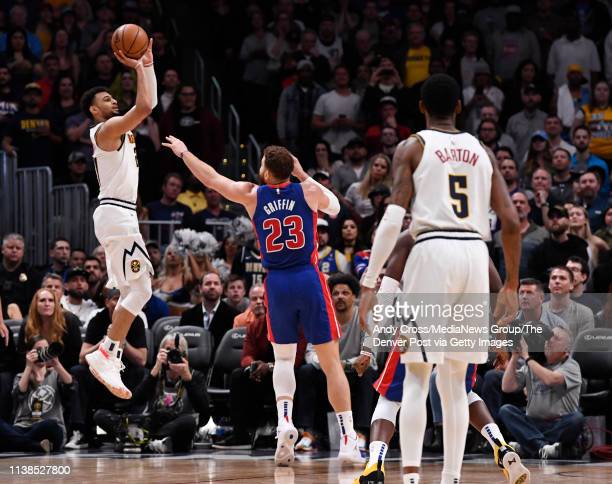 Blake Griffin has been struggling with a hamstring injury for as long as I can remember, and it seems that is still an issue as it was reported just today that Griffin “Still has some hamstring soreness and is considered day-to-day”.

#Pistons Dwane Casey says Blake Griffin still has some hamstring soreness and is day-to-day. They'll be conservative with him and he did do part of practice on Monday.

Griffin is a huge part of this Pistons team and is going to be a major part of this team’s success. Coming off a season in which he averaged 24.5 PPG, 5.4 AST, 7.5 rebounds, and his second-best 3-point shooting percentage of his career, shooting a .362, from beyond the arch, it’s safe to say Griffin was a star on the team. Not having him for opening day would be a huge blow for the Pistons, so let’s all hope Griffin continues to progress and is ready for opening day.

Detroit Sports Nation, how much of a factor do you think Blake Griffin will be for the Pistons’ success this year?

Have something to say? Click here to jump to the comments!

The biggest question for the Michigan Wolverines football team heading into the 2020 season is, who will be the...
Read more
Detroit Lions News

By now, we have probably seen just about every scenario which could possibly play out with the Detroit Lions in regards to their No....
Read more
Detroit Pistons News

To be a professional athlete, you have to have a certain amount of confidence about yourself and as you will see in a moment,...
Read more
Detroit Red Wings News

Our list of former Detroit Red Wings GM Ken Holland's top free-agent signings continues with number four on our list. For those of you...
Read more
College Sports

To be a professional athlete, you have to have a certain amount of confidence about yourself and as you will see in a moment,...
Read more

From 1988-2017, the Palace of Auburn Hills brought us a plethora of great memories but soon, it will be no more as demolition has...
Read more

The sports world was rocked earlier this month when the NBA decided to immediately halt all gameplay when Utah Jazz center Rudy Gobert tested...
Read more

According to a report from Steve Forbes, COVID-19 has struck the Detroit Pistons again. On the same day it was reported that Christian Wood had...
Read more
- Advertisement -