Fan behavior is about to change drastically at NBA games in the upcoming season, but why is that? Is heckling not allowed anymore? Is the NBA “too soft”? Well, let’s jump right into it. 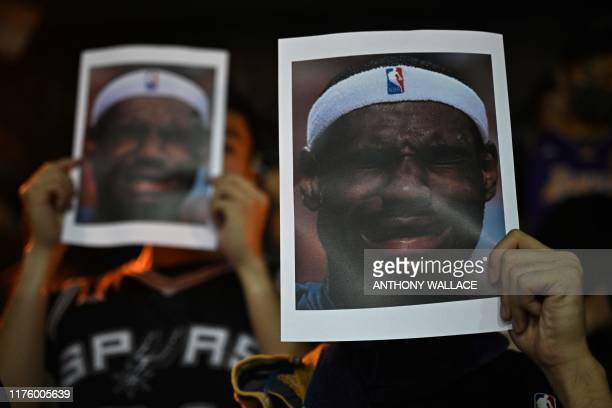 Around 12 NBA players all gathered into a phone conference with league officials this summer, all of which were there, for one thing, to voice their opinions on fan behavior, as they say, it’s getting worse every year.

Major issues involving Russell Westbrook, Demarcus Cousin, Kyle Lowry, and other major names last year, including racist taunts for Cousins, and a fan shoving Kyle Lowry in Game 3 during the championship series, has led the NBA to enforce zero tolerance for abusive or hateful behavior, stating anything over the line will lead to ejections and possibly more.

Jerome Pickett, the NBA’s executive vice president and chief security officer said, “We’ve added any sexist language or LGBTQ language, any denigrating language in that way, anything that is non-basketball-related,” Pickett also made sure to include this when he was asked, “So ‘your mother’ comments, talking about your family, talking about test scores, anything non-basketball-related, we’ve added that in as well as being something that we will go and pull a fan out of the seat and investigate what happened.”

Now what I have taken from this, is, yes you will still be able to heckle players, you just can’t go so over the top you get thrown out, but as an adult you should know what you can or cannot say, it should also be noted while this zero-tolerance policy is being enforced on everyone, it is really going to be enforced on the fans that are closet to the court.

Is the NBA too soft?

With the new “Zero-tolerance policy” you can imagine fans are going to get fired up and go right to the “well the NBA is too soft now” statement, which you can see people arguing over on just about any ESPN basketball post ever, but I would say yes and no, I do not think the NBA is soft at all for enforcing this, players are people too, and deserve respect on the court, now considering you can’t put a finger on Lebron James without having a foul called on you, as to that aspect yes the NBA is insanely soft for that, I want to take it back to Bill Laimbeer, absolutely clotheslining people on that court for getting to close to the rim, but that’s a story for a different day.

What is your view on this new policy? Is my breakdown on point, and if not, what would you change?