And the career of the week goes to… stenography. Just days after the Wisconsin basketball team found themselves endlessly amazed with the professional speed typers hired to record their press conferences, we find ourselves with another closed caption-related situation that has quickly gone viral.

This time, it involves Nik Stauskas, the former Michigan Wolverine standout and current Sacramento Kings rookie shooting guard. During Tuesday night’s contest against the Philadelphia 76ers, Stauskas connected on a deep ball only for the closed captioning to refer to him as… Sauce Castillo?

For starters, nice work by whoever happened to be following the closed caption close enough to pick up on Sauce Castillo. Second, Stauskas’ nickname rightfully went viral, briefly taking over a corner of the internet and leaving Nik humorously flummoxed.

There’s no turning back now, for the Sauce Castillo train has officially left the station. If the NBA ever opts to bring back those awful nickname jerseys, Nik Stauskas is coming in locked and loaded: 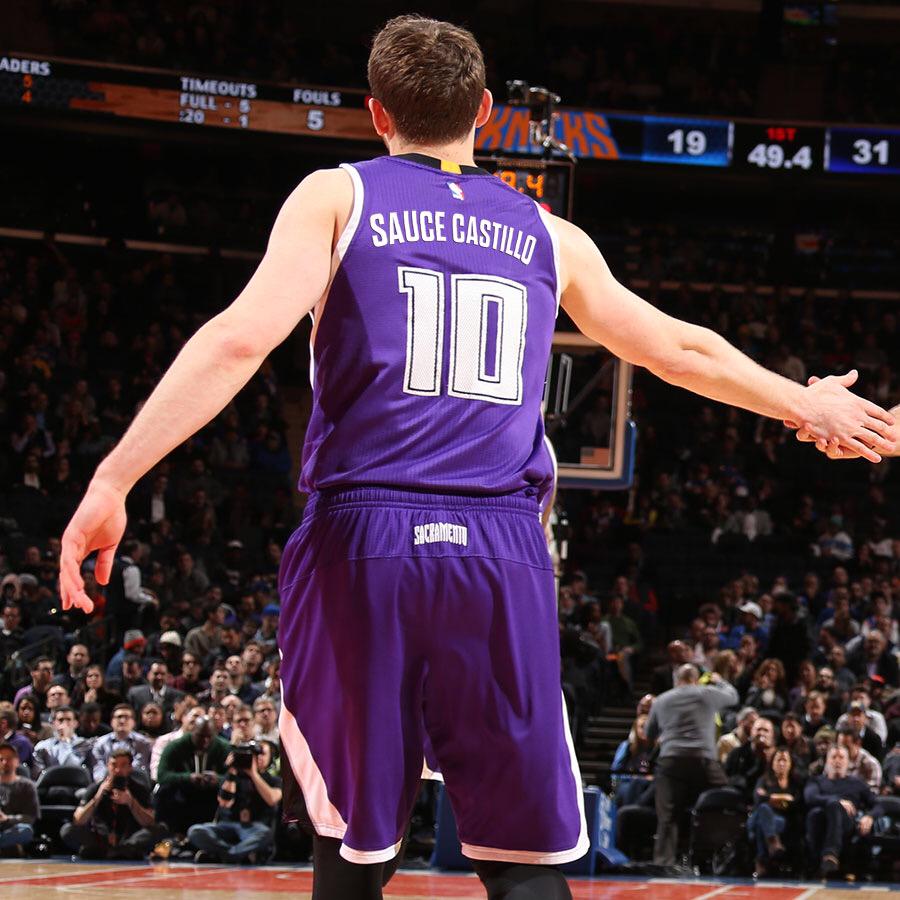 To the surprise of few, Stauskas scored 13 points on 5-7 shooting in his first game with an established moniker. Coincidence? We think not.

Posted by Ryan Van Dusen
Follow:
Ryan is a Farmington native who enjoys all things basketball, particularly when it involves the Detroit Pistons. He spends much of his free time combing through NBA archives and curating footage of meaningless late-90's regular season performances for mass consumption.
Previous Article Five Pistons targets still playing in the NCAA tourney
Next Article Who is throwing the first pitch on Opening Day for the Detroit Tigers?