Earlier today, we passed along a report from The Athletic that Michigan head coach Jim Harbaugh would leave for the NFL if a team made him an offer. After the Big Ten Championship Game, Harbaugh addressed the NFL rumors floating around at the time, saying he would “enthusiastically” be coaching the Wolverines again in 2023. According to a report from Will Kunkel of Charlotte Sports Live, Harbaugh is interested in the Carolina Panthers job. 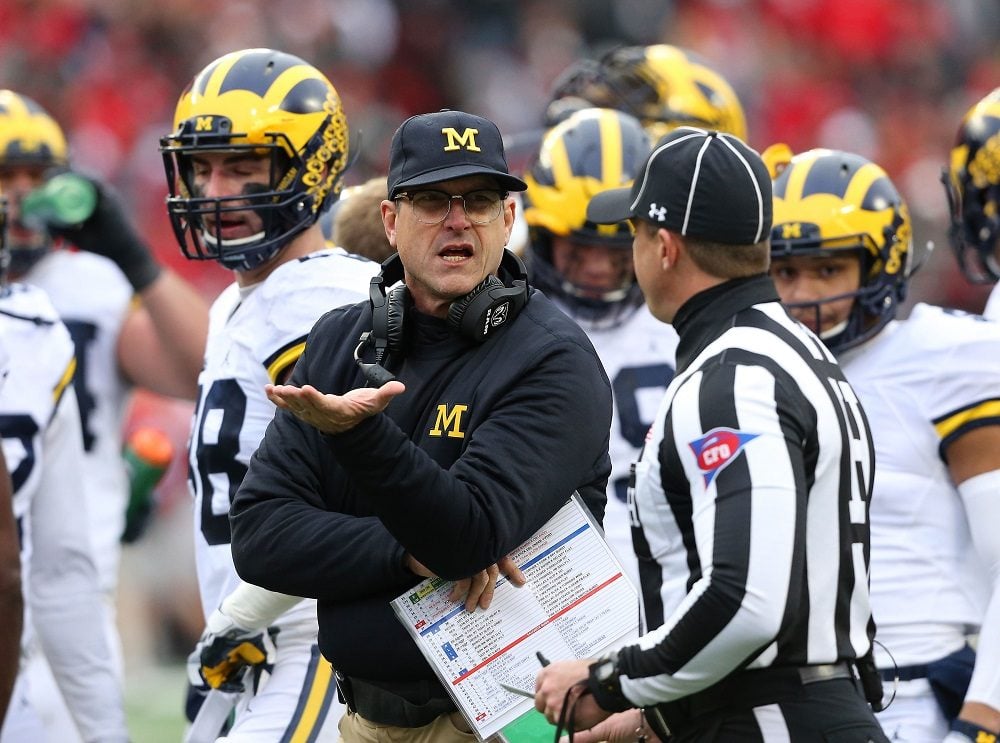 Is Jim Harbaugh interested in the Carolina Panthers job?

According to Charlotte Sports Live, “Harbaugh has made it known he’s sincere in his interest in the Panthers head coaching job. He likes the roster and loves the opportunity, sources tell @CSLonQCN.

The report added that Harbaugh is not as interested in the Broncos' job because Justin Herbert and Patrick Mahomes are in the same division.

“The Broncos job is not as attractive to Harbaugh because of Herbert and Mahomes in the same division.”

Nation, do you think this is just another report that will be proven false, or, do you think Harbaugh would leave Michigan for the Panthers?

AJ Reilly and Eric Vincent debate over NFL's Defensive Rookie of the Year. Arguing for Aidan Hutchinson and Sauce Gardner's qualifications for the award.
00:08:39
News Desk