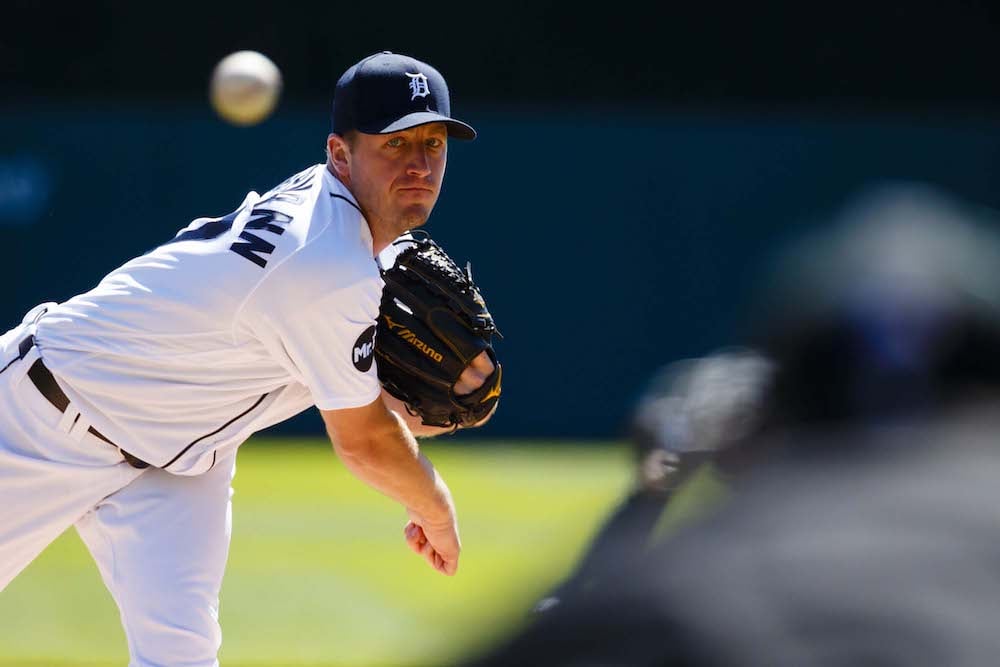 Every now and then something happens in the sporting world that scares the crap out of the players on the field and the fans watching it happen live. One of those moments took place on Wednesday night as the Detroit Tigers squared off against the Cleveland Indians.

Watch as Jason Kipnis of the Indians hits a line drive off the face of Tigers’ pitcher Jordan Zimmermann.

You can see right away that the Tigers players are very concerned for Zimmermann as he goes down to the ground and covers his face.

Zimmermann left the game with a right jaw contusion and was evaluated by the Tigers’ medical staff.

Jordan Zimmermann left tonight's game with a right jaw contusion and is still being evaluated by the Tigers medical staff.

After passing the concussion protocol, Zimmermann went to get x-rays.

Further update on Jordan Zimmermann: He has passed concussion protocol and is en route to get x-rays.

To read the rest of the article and to find out who the Lions should draft, please click here.