SHARE
Inside the Article
What did Aaron Rodgers say to Aidan Hutchinson after his interception?DSN’s own Eric Vincent talks about the Detroit Lions’ 15-9 win over the Green Bay Packers

Not long after the Detroit Lions selected Aidan Hutchinson as the No. 2 overall pick in the 2022 NFL Draft, he told reporters that he would love to sack the GOAT, Tom Brady. It is no surprise that sacking a legend was on Hutchinson’s wish list, but did he ever dream about intercepting Aaron Rodgers? That is exactly what Hutchinson did on Sunday during the Lions’ 15-9 win over Rodgers and the Green Bay Packers.

In case you have not yet seen Hutchinson’s first-career interception, we have you covered. 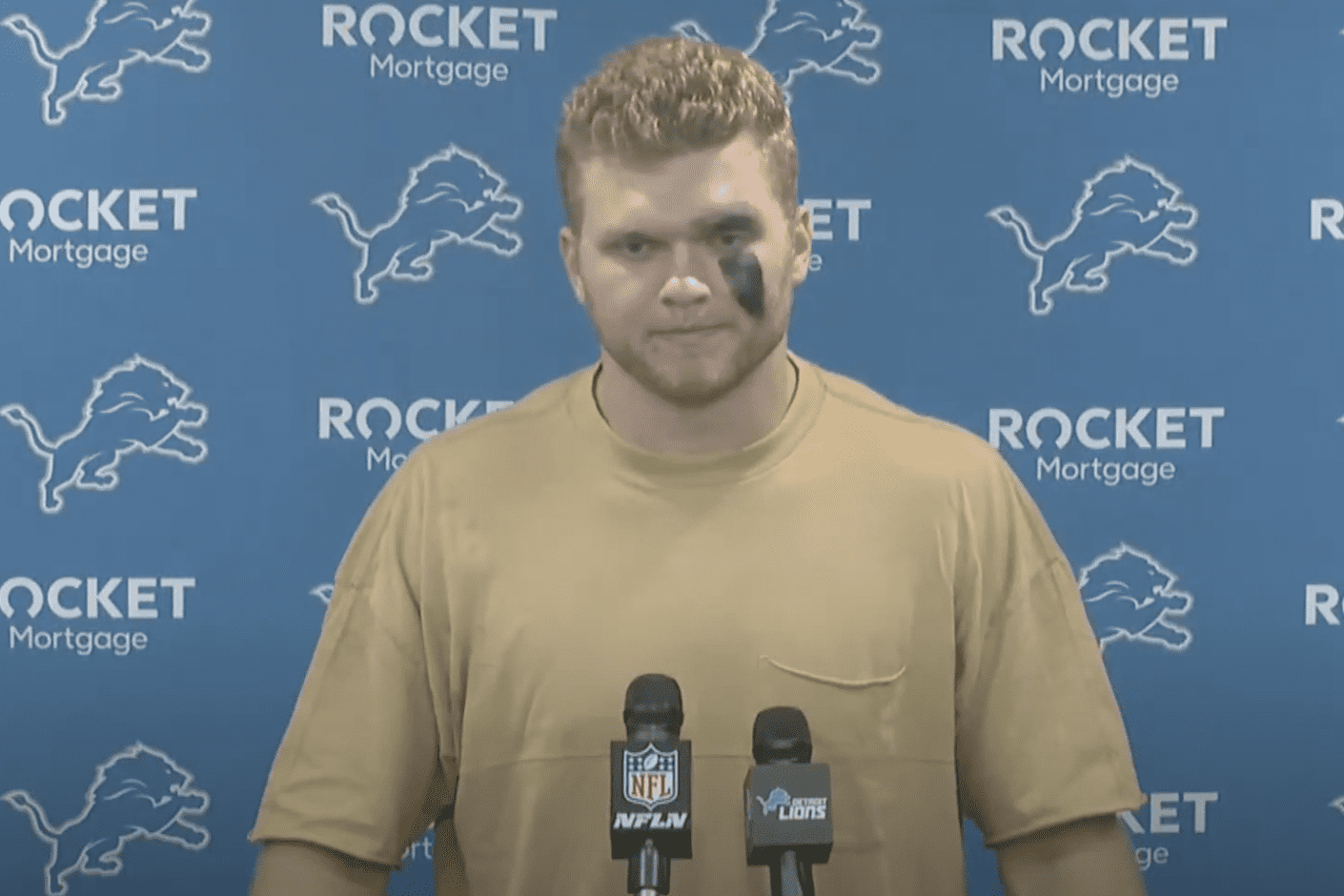 What did Aaron Rodgers say to Aidan Hutchinson after his interception?

Following the game, Hutchinson spoke to reporters and he said Rogers trash-talked him after the second-quarter interception.

Hutchinson said Rodgers trash-talked him after his 1st career INT today. “Aaron was talking some sh** to me after saying he gave me a “freebie” and I was like, ‘hey, freebie or not, I’ll take it,’” Hutchinson told ESPN while laughing.

Take a watch (and listen) as Eric Vincent talks about the Detroit Lions’ big win over Aaron Rodgers and the Green Bay Packers.