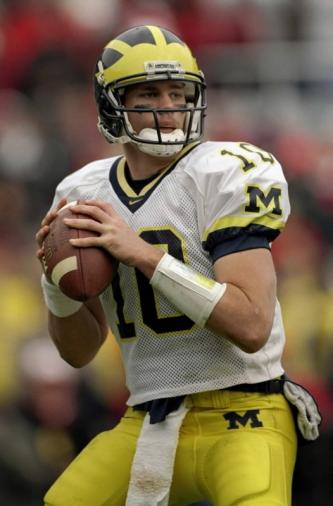 Tom Brady spent his first two seasons behind starter Brian Griese, watching him win the National Championship in 1997. Eventually, Brady battled with Drew Henson and won the starting job, starting every game in 1998 and 1999. Brady set Michigan records for pass completion and pass attempts, and led the team in winning the Citrus Bowl in 98′ and the Orange Bowl in 99′. Although his numbers weren’t flashy, he was still efficient and is now one of the best QB’s of all time in the NFL.